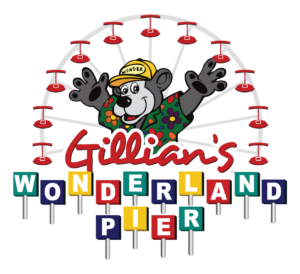 The History of Gillians 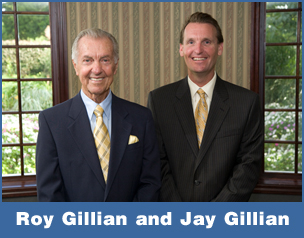 David Gillian first came to Ocean City in 1914. He has probably spent more time on Ocean City’s Boardwalk than any other living individual. His first job was playing the trap drums in the orchestra at C. Elwood Carpenter’s Dance Club, sometimes called the Casino. It was located over the Moorlyn Theater on the old Boardwalk.

In 1917, Mr. Gillian transferred to the Hippodrome, Ocean City’s largest pier. Here he played with Robin Robinson’s Orchestra. The Hippodrome was a variety pier with movies, vaudeville, dancing and amusements for children. At the close of the summer seasons, the Gillian Family always returned to Philadelphia where Mr. Gillian played with hotel orchestras.

The October 1927 fire in Ocean City destroyed the Hippodrome and changed Mr. Gillian’s career. The pier was never rebuilt and when the burned boardwalk was replaced in 1928 there were few amusements. David Gillian decided in 1930 that it was an opportune time to open a Fun Deck at Plymouth Place and the Boardwalk. It’s to main attractions were a Ferris Wheel and a Merry-Go-Round. Little did he realize at the time that he would live long enough to be able to donate a horse from that Merry-Go-Round to the Ocean City Historical Museum in honor of his 100th birthday in 1990. 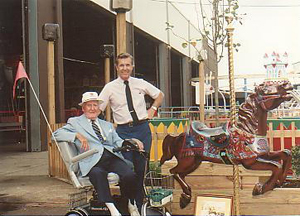 By 1957, the better part of a quarter century has passed since the business had been established and now David Gillian decided to retire. David’s sons, Bob and Roy had worked with their father at the Fun Deck. David Jr. had elected to live in the Philadelphia area. It was only natural that Robert and Roy should take the business into the next generation.The next change came in 1965 when Roy left the family business to start his own amusement pier at 6th Street and the Boardwalk where Stainton’s Playland had burned down 10 years prior. He opened, what is now known as Wonderland Pier, with 10 rides and a parking lot.

With Roy’s dream becoming a reality, it was now up to him to continue the legacy that his father bestowed upon him. Roy decided to learn more about the corporate world by going into politics as well as operating Wonderland Pier. Roy went on to become mayor of Ocean City in 1985. All told, he spent 18 years in politics until deciding to leave public office in 1989. 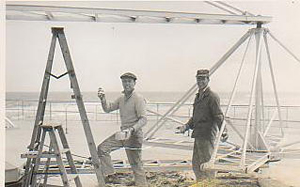 With Roy not involved with Ocean City politics anymore, it was now time for him to devote his life to what he loves best: the amusement industry.

Roy became a member of the International Association of Amusement Parks and Attractions (IAAPA). IAAPA is the world’s largest association of permanently situated amusement parks, family centers and attractions worldwide. With members in over 80 countries, IAAPA continues to be the number 1 source for information in the amusement industry today. In 1994, Roy’s success in the amusement industry won him the honor of becoming the President of IAAPA. Being president of such a prestigious organization gave Roy the opportunity to visit amusement parks around the world. While doing so, Roy was able to bring back many thoughts and ideas that we continue to use today at Wonderland Pier.

Roy’s success would not have been possible without the encouragement and enthusiasm from his father David. David Gillian passed away in March of 1993 at the age of 102. His legacy of providing safe, wholesome family entertainment continues through Roy Gillian’s desire to cater to the families that visit Ocean City and the Gillian’s Piers. 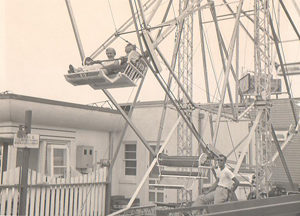 Providing the families that visit Ocean City and the Gillian’s Piers with an enjoyable and memorable experience is the goal of the entire Gillian Family. Now the third generation of Gillian’s, along with their father Roy, continue to manage and operate Wonderland Pier and Gillian’s Island Water Park & Adventure Golf. It is evident that their desire to create an enjoyable family experience is growing every year. This can be seen with the many changes and additions over the years such as the Giant Wheel, an Ocean City landmark that reaches over 141 feet into the Ocean City skyline. Little Buc’s Bay, an 18,880 square foot water playground just for kids. The Canyon Falls Log Flume that will cool you off even on the hottest days, and don’t forget the Shotgun Falls or The Skypond Journey Tube slide; two of the waterpark favorites. Between all of the Gillian’s Piers, there are over 38 rides and attractions, 10 waterslides and an award winning Adventure Golf Course for families to enjoy. 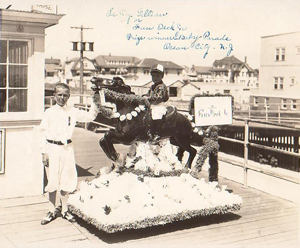 The Gillian family is now celebrating over 70 years on the Ocean City Boardwalk. Thanks to the hard work of David Gillian in 1930, Bob and Roy Gillian at the Fun Deck from 1957-1977, and now Roy Gillian with his three children; Jim, Steve, and Jay continue to provide safe family fun. They, along with their wonderful full-time staff, continually strive to create an atmosphere with a personal touch for every guest that visits the piers.

In the future, Jay’s children: Joshua, Emily and Noah, will be watching their fathers’ and grandfather’s success in the amusement industry while getting themselves prepared to continue a family business that has put smiles on so many peoples faces. With the Gillian Family continuing to grow, the future will hold many new and exciting adventures and we hope that you and your family will be there with us.